Hidden in the rainforests, deserts, and mountains of Latin America and the Caribbean lay the keys to reversing the impact of global climate change.  The region claims the world’s largest single-source of oxygen, most diverse species of flora and fauna, and several Natural Wonders of the World that need our help. Here are ongoing initiatives focused on preserving four sites vital to the ecological future of our planet:

The next great challenge for our generation is to join together to save these precious resources that are rapidly disappearing due to the effects of rising sea levels and more extreme weather patterns. 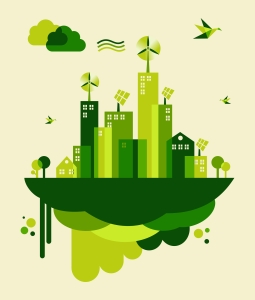 By Geovanny Vicente, Guest Blogger
“Invest in the future, not in the past,” is the battle cry for green business to win the fight against climate change, according to the United Nations’ Secretary General Antonio Guterres, who opened the One Planet Summit in Paris with these words on December 12, 2017.

At this international event, held under the leadership of French President Emmanuel Macrón, the World Bank Group President Jim Yong Kim, and the Head of the United Nations Guterres, decided to reject the fatalist and defeatist theory about climate change and instead issue a call to action to world leaders and committed citizens across the globe. Only through collective action does the world have a chance to confront the major challenges of this environmental emergency that are growing increasingly harder to ignore.

The importance of this meeting led by these three leaders was the launch of an ambitious project to address the principal effects of climate change.  The leaders agreed upon 12 initiatives and created the One Planet Coalition.  This trilateral leadership will secure that these commitments are kept, and to achieve these goals over the following months they have been working diligently toward their implementation prior to their next meeting to measure progress at the 2nd One Planet Summit.

This is a $2 billion initiative with the goal of deepening local capital markets, as well as expanding and releasing private funds for climate-related projects.  To-date, more than $1 billion has been committed to the fund.

These efforts have motivated global leaders today more than ever to create alliances between and among governments, civil society, the private sector, and foundations that can identify and fund solutions to this global threat. The private sector is already seeing that, green business is good business.  To this end, Antonio Guterres pointed out that in dozens of developed and developing countries, renewable energies are now cheaper than energy from carbon sources, and as a result, it is critical to invest in the world’s future energy sources, rather than its past.  Traditional heavy oil and gas sources can emit harmful pollutants into the atmosphere if not utilizing the latest technological advancements to reduce their environmental footprint.

For example, in the Dominican Republic, a Caribbean island vulnerable to climate change, a local power generator (EGE Haina) recently completed the groundbreaking of the construction of its 4th wind energy farm, called Larimar 2, located in Enriquillo, Barahona, in the southwest of the country.  The wind energy farm Los Cocos in the southern Dominican province of Pedernales, was the first, followed by another in the nearby province of Bani, along with another in Montecristi, near the border with Haiti.  This company EGE Haina generates 18 percent of Dominican Republic’s energy, a growing percentage of which comes from wind turbines.

Costa Rica is another country utilizing its natural resources for energy security. The country’s high precipitation rate allows it to increase the amount of water in its hydroelectric dams.  Increasing its capture rate of the rain is helping to make Costa Rica’s energy grid derived from renewable sources by 2021, when combined with solar and biomass. Costa Rica is close to becoming the first Latin American country to power all of its energy from renewable sources, and lead the way for the hemisphere.  With the increase in extreme weather events, collective action is needed to harvest the surplus waters, winds, and heat as smart sources of energy.

Imagine a future emergency power-generator fueled by winds and water that can help places like Dominica and Puerto Rico recover more quickly from the devastating hurricanes, like those seen this year.  Well, that future is upon us, through forums like the One Planet Summit and public-private sector partnerships, such as that between the government of Puerto Rico and Tesla Motors.  The Puerto Rico-Tesla relationship began years ago when the island tried attracting new jobs and has been strengthened in the wake of Hurricane Maria and the offer made by Tesla CEO Elon Musk, to restore power on the island through the solar energy micro-grids. Musk and Puerto Rico’s Governor Ricardo Rossello connected after Hurricane Maria and restored the energy in a children’s hospital in San Juan as well as 6 similiar energy projects that scale-up Puerto Rico’s solar energy potential.

Tesla’s Elon Musk was among the 164 prominent figures at the One Planet Summit in Paris.  Tesla and many others in attendance are helping countries think creatively and act expeditiously to maximize local and global impact that improves our chances against climate change.

Climate change also significantly impacts the region’s economic trajectory. While the world continues to work toward eradicating poverty, we must ensure that the agricultural production of Latin America is not unduly affected by harmful emissions. On the occasion of the International Day for the Eradication of Poverty, I asked the former Prime Minister of New Zealand, Helen Clark, how to end this problem. Clark, through her official Twitter account @HelenClarkNZ replied, “Use of cash transfers, job creation and free education.” To that equation of three, I would add investing in food security—a critical source of future growth for Latin America. The region plays a large role in securing global food security due to the vast expanse of arable land and water—a quarter of the agricultural land on the planet and a third of global sources of fresh water.

International organizations have long advocated for the need to act immediately to reduce the effects of pollutants on the planet. The effect generated by emissions is already causing higher temperatures, colder winters and hotter summers, floods, droughts, hurricanes of unpredictable and more dangerous trajectories, as well as the disappearance of some beaches.

According to ECLAC data for 2014, if the temperature increases by 2.5 degrees Celsius compared to the historical average, the economic burden of climate change could represent between 1.5 percent and 5 percent of GDP in Latin American and the Caribbean. However, the costs generated by adaptation measures to climate change could represent below 0.5 percent of the region’s GDP. Thus, preventing the costly risks that rising emissions present makes good economic sense. With the knowledge of these data, a greater investment in renewable energies and sustainable infrastructure is urgently needed, together with the fulfillment of the commitment assumed in the Paris Agreement for a sustainable development model.

Climate change presents a crosscutting challenge to all 17 Sustainable Development Goals (SDGs) established by the United Nations; insufficient action to combat the negative impact jeopardizes the achievement of the proposed 2030 Agenda. Sustainable Development Goal #13 calls for action to help the environment, while SDG #6 calls for clean water and universal sanitary best practices.  Similarly, SDG #7 urges investment in affordable and clean energy, while SDG #9 advocates for innovation and infrastructure, and SDG #12 promotes responsible production and consumption. The Paris Agreement provides an excellent model and lesson learned related to the 17th, and final, SDG: without a strategic alliance, it is impossible to achieve the 16 previous objectives.

In Fiji, within the framework of COP23, the name of the United Nations Conference on Climate Change 2017 (UNFCCC), an initiative was launched that will provide resources and technical assistance to small, developing islands. This is an alliance between the World Health Organization (WHO), the COP23 and the UNFCCC.  The Director General of WHO, Dr. Tedros Adhanom, indicated that, “they are launching the initiative for these small, developing islands because they are the ones that will disproportionately bear the burden of climate change.” The objective is for these islands to learn to understand, manage, and prevent the negative effects on health and the economy.  Islands such as Puerto Rico and Dominica are prime examples of the region’s vulnerability to natural phenomena, such as hurricanes, which have massively disrupted the economies of both islands.

More international and regional programs, such as the UNFCCC, focused on developing local solutions to shared challenges that multiple countries face can help effectively pool resources to invest in new technologies that will mitigate the long and short-term economic impact of climate change on Latin America and the Caribbean.

Sobre Nosotros | About Us